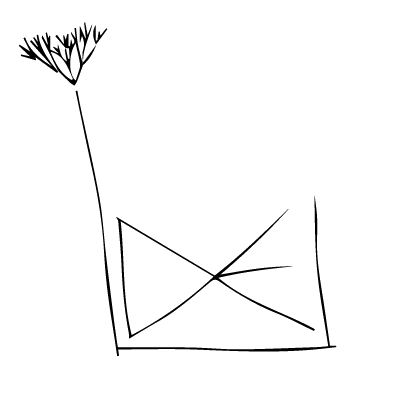 from the upcoming novel, The King of the Sea Monkeys (Guernica Editions)

What appeared in the news concerning the shooting came from information made available through the Sheriff’s Department and what reporters were able ascertain from the scene. The identity of the boys did not appear in the news, but the crime was otherwise covered in detail. According to one local paper, at approximately 9:45am, Sunday morning, two teenaged boys, ages sixteen and seventeen, entered the Dam Spot at the Big Rock Dam & Recreation Area. The store’s proprietor, William Simmons, had recently received and posted a leaflet distributed by a community group against gang violence. Based on information contained in this leaflet he identified the youths as probable gang members. As he was attempting to notify authorities as to their presence, he observed the youths in the act of robbing the store. Despite his better judgment the proprietor took a .38 caliber pistol he kept behind the counter and confronted the youths while they were in the process of filling their coat pockets with merchandise. A local resident, who was in the store at the time of the incident, unwittingly became engaged in the confrontation. Upon discovery that a robbery was in progress, the local attempted to exit the store at which point the youths wrestled the proprietor to the ground. During the struggle, one of the youths took the pistol from the proprietor and shot the local man in the back of the head at close range. After the shot was fired, the suspects dropped the weapon and fled the store.

There were two vehicles in the parking lot. One was a pickup truck which belonged to the proprietor of the store and the second was the automobile which belonged to the victim. The truck was locked and the auto was unlocked, with keys in the ignition. The boys fled the scene using the victim’s vehicle. It is assumed the boys were unaware that the victim’s six-year-old daughter was in the car at the time they entered the vehicle. Upon reaching Palmville, the boys abandoned the car along with the victim’s daughter and fled on foot.

Marlena waves a hand at me. First she wants me to come inside; now she doesn’t want to hear me speak.

I scoop up a handful of forks, knives, and spoons and toss them back into the drawer. I don’t bother to sort them all into the plastic tray. They’ll probably just end up all over the floor again.

“Aren’t you curious about this thing?” Marlena says emptying groceries onto the counter.

To be honest, it’s Marlena who hears footsteps and bumps in the night. I’m the one who picks up silverware and secures bookcases that tip over. I’m beginning to wonder if she isn’t setting me up for some elaborate prank. I’m always away or asleep when she “experiences” these things. I think about all of the times I’ve turned off appliances or picked up things that are in some way out of place, and it’s always been Marlena who discovers things. She’s the one who calls me into the house to find the kitchen turned upside down. She’s the one who wakes me up after a footstool has been shoved into the burning fireplace.

I would say that it would be easy to be suspicious, except that she is so sincere. I am suspicious of what has been going on. It’s pretty much non-stop at this point. Not a day goes by that Marlena doesn’t report some new weird thing that’s happened in the house. Everything has been indoors. I haven’t said that I doubt her directly. Again, it’s hard to think of why she would fabricate such things. She’s not an attention grope and despite the fact that she isn’t happy with the situation that our landlord and continues to use the garage, she actually loves the place. It was the “green-womb place” she always dreamed of. At least that’s what she called it shortly after we moved in.

from the currently unpublished novel, The Wreck of Reality

“First, let me say there is no doubt this will work,” Lydia says a bit too loudly. She looks around Scott’s office wondering whether there might be any video cameras or listening devices.

“The device will likely appear to function in one of two scenarios. The first is that we disrupt . . . disintegrate . . . what’s the correct term?”

“It will appear that we disintegrate the subject. This will be obvious. If we are able to observe the result, what happens will be entirely localized. A single target . . . sorry, a single subject will have been . . . what is it? What are you calling it, neutralized?”

“Perfected? Oh my God. I am on the trail of virgin births. Whatever . . . the subject will have been removed. That’s the least likely scenario. I’ll play fair here and accept for a moment and accept your point. It flies in the face of the fundamental precepts of quantum theory. For obvious reasons you have already pointed out we realistically can’t expect to see DNA unravel. Like you said. The Golden Gate isn’t going to just fall down if we tear up its blue print. Also this scenario isn’t my favorite. It’s not the one that will work.”

“All right,” Scott says, looking at his watch. “What’s the other scenario?”

“Great. So what you are saying is that, in an ideal world, nothing happens?”

“The device is designed to fail then? I’ve been wasting my time chasing after nothing at all.”

“Give me a moment to chew on this,” Scott says, sitting down.

Turning around, he looks out his window. Lydia tries to estimate the time he takes but finds that her sense of things seems to be a little out of order.

“What is the real effect?”

“The real effect? That nothing seems to happen?”

“And that’s the real deal?”

“There will be no reason to believe the world has changed. However, there needs to be a specific set of rules, a protocol that governs the device’s use. If that is strictly adhered to, the project’s success can be measured statistically.”

“From when?” Scott asks. “May we assume progeny are affected?”

“What are you saying?”

“How far out did you think this?” Scott asks.

Lydia thinks about this. Virgin births. Children. Children of children. Grandparents. Great-grandparents. Salmon eggs. Bits and pieces of shadow and dust older than anyone might have figured into this. Every time she sucks air she takes in molecules of Caesar’s last breath. The universe will not allow any monkey business.

“I’m sure it will work itself out,” she says.

“I’ve determined a specific strategy of tests that will quickly help us determine which scenario we are working with once you are ready to give this thing a go. Let me know when I need to develop a schedule.”