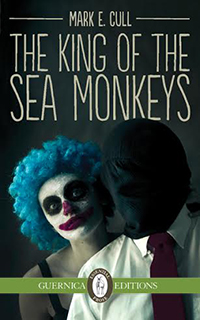 The King of the Sea Monkeys

King of the Sea Monkeys works on several levels at once—it is a thoughtful family drama, a sharp story of action in the world and in the mind, an emotional and philosophical look into the life of a neurologically shattered life, and an inquiry into the experience of faith. Mark Cull understands and is able to recreate the experience of perceptual fragmentation, the way brain-injury can show us what is strange but also what is normal in human behavior. This is an unusual, haunting work of very real fiction.

—Floyd Skloot, author of In the Shadow of Memory

The King of the Sea Monkeys unfolds a lot like the creatures of this novel's title. The promise of this new world is at first so promising and real and then it is all taken away, the promise of life, the promise of beginnings. And then you realize that life is not only what you thought you knew, but more. You realize that the appreciation of the world requires something else from us besides passive reception. The characters in this novel bring me back to life, back to a full appreciation of the wonder of it all. It is a novel about love and innocence and wisdom and surrender, the good kind. Mark Cull has shaped a fitting lesson for us in this era of passivity and neglect. 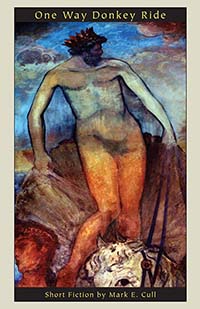 “Long before I left my job in aerospace, I managed to secretly pen a novel in two volumes. I let it live boxed up in the dark of a closet for a while, but I eventually decided to burn the manuscript (in exchange for a little catharsis, I suppose) the week I met my wife-to-be. But there was one chapter I did not burn. It is the title story of One Way Donkey Ride.” —Mark Cull

Mark E. Cull’s stories transfix and bore into the memory—some with wit, some through worlds of discomfiting incongruities, others by the use of a penetrating image. Much of the attention dwells on what is odd and unexplainable about the human condition. A kindergarten child takes over the class, a man awakens in an bizarre home that is promptly towed away. The attention of these stories is directed to the cracks of reality, their narrators sticking fingers in metaphysical sockets to see what lights go blasting through the head. Other stories will lead you far down the rabbit hole—Cull’s worlds sometimes suck their readers into the sweltering darkness, where the lowness of man makes one unable to perceive any shining or be certain of which universe we stand in. Perhaps that’s the real magic here: as readers we’re not sure what we’re staring at. It is a window through to better world, or is it a mirror distorted, disassembling our long-held notions of ourselves?

“Haunted with mystery and verging on the very edge of madness.” —Doug Lawson 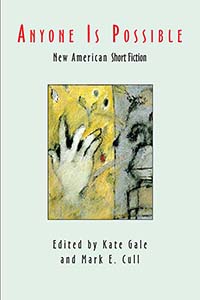 “The world, the universe is tipping again, off balance, perhaps eternally off balance. This collection of stories ripples with desire, carried along the chasm of hard strung need ... edgy, alive, full of the questions that shake us as humans. Who will I be today? What will I do? Is the universe right side up or upside down? Would answers be better, or do unanswered questions make the best stories? We ask you.”

“A rapid fire of short fiction that neither warms nor soothes. Instead, it brings to mind the sound of the voice of the prophets: riveting, engaging, not wholly believable. But unlike the words of the prophets, these stories come from a world of not knowing. They speak from and to our uncertain times, when even the reasons for man’s still standing here make sense to no one.”

“Anything might happen in the striking narratives of Anyone Is Possible: a seductive older woman might teach you a thing or two about suspense, a cybermorphic poet might sputter at the sight of the lyricist for Plato’s Deathmetal Tumors, or a masked man might terrorize a couple in a peaceful college town. If you’re interested in the direction of short fiction as we hurtle toward the 21st Century, read this collection.” - Ed Falco 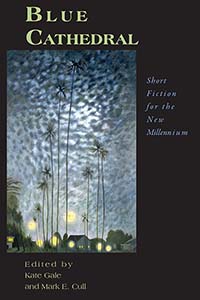 “We began in the dark, and from the dark, we created myths, stories, the children of Israel wandering in the wilderness, Odysseus returning home, Buddha sitting lotus quiet... Over several thousand years, the fire of myths began to burn out. Or we burned them out. As one myth after another descended onto the pile of ashes, we found ourselves outside the church, the cathedral, the pyramid, the synagogue, with no path, and no journey...."

Trudging through this primordial darkness, the stories of Blue Cathedral: Stories for the New Millennium wrestle with this challenge offered in the preface of the book. How do we live in a world stripped of our myth-molded perceptual systems? The solution is in the personal, and these stories deliver gripping snapshots of memorable, captivating characters facing uncommon challenges and motivations. A woman’s summer fling with a deaf girlfriend is filtered through a rudimentary sign-language, an online chat room evolves from a dysfunctional sex thread into a lyric poem, a father searches desperately for his son hours after leaving him at a military school. The worlds of this collection also dwell upon another problem of the modern age: we no longer have the privilege of pretending there are monsters dwelling at the ends of the ocean—humans are the creatures destroying the world. 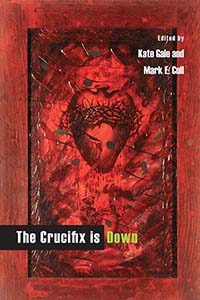 The Crucifix is Down

“What has technology brought us? We are not more human or more divine. We rain fire and brimstone as surely as any Old Testament God, we ravage and we kill.... The writers in this collection endeavor to push the envelope of human imagination, to ask ourselves outside of ourselves into the realm of being, walking away from the hive into the beyond where imagination meets the horizon.”

A farmer conducts a desperate search for a missing cow that leaves his farm “looking for greener pastures,” horoscopes inaccurately foretell the success of a woman’s dying relationship, a man lures a recovering alcoholic back to drinking during a date. These stories trudge through the landscape of the modern—searching desperately for meaning in a world devoid of symbols. While the focus remains ever fixed on the myopic travails and tribulations of the characters, the collection rises above the swirl of the small and the everyday, forming a mosaic from above, showing the patterns of love, loss, hope, and futility that shape human lives despite the lack of belief systems to make sense of it all. 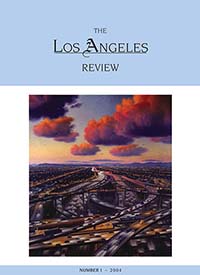